Niceshit and Gross Brewery Team Up for “Blue Dog IPA”

Inspired by their independent, punky-rebel essence the studio wrote from scratch this rollercoaster ride of a story, a non-stop persecution of this police dog in the endless chase for at least one last drop of this juicy, refreshing hazy IPA

Produced by Niceshit and co-directed with a great friend of the house, Leo Campasso, the studio put together a concise yet stellar team that made this possible, from the blank page and (tons) of initial sketches to that final detail

Each and every frame was treated with the love and detail of editorial illustration, mixing hard sharpie-like strokes with a bunch of different textured brushes and noise textures, resulting in a film that is as fresh as the beer itself. 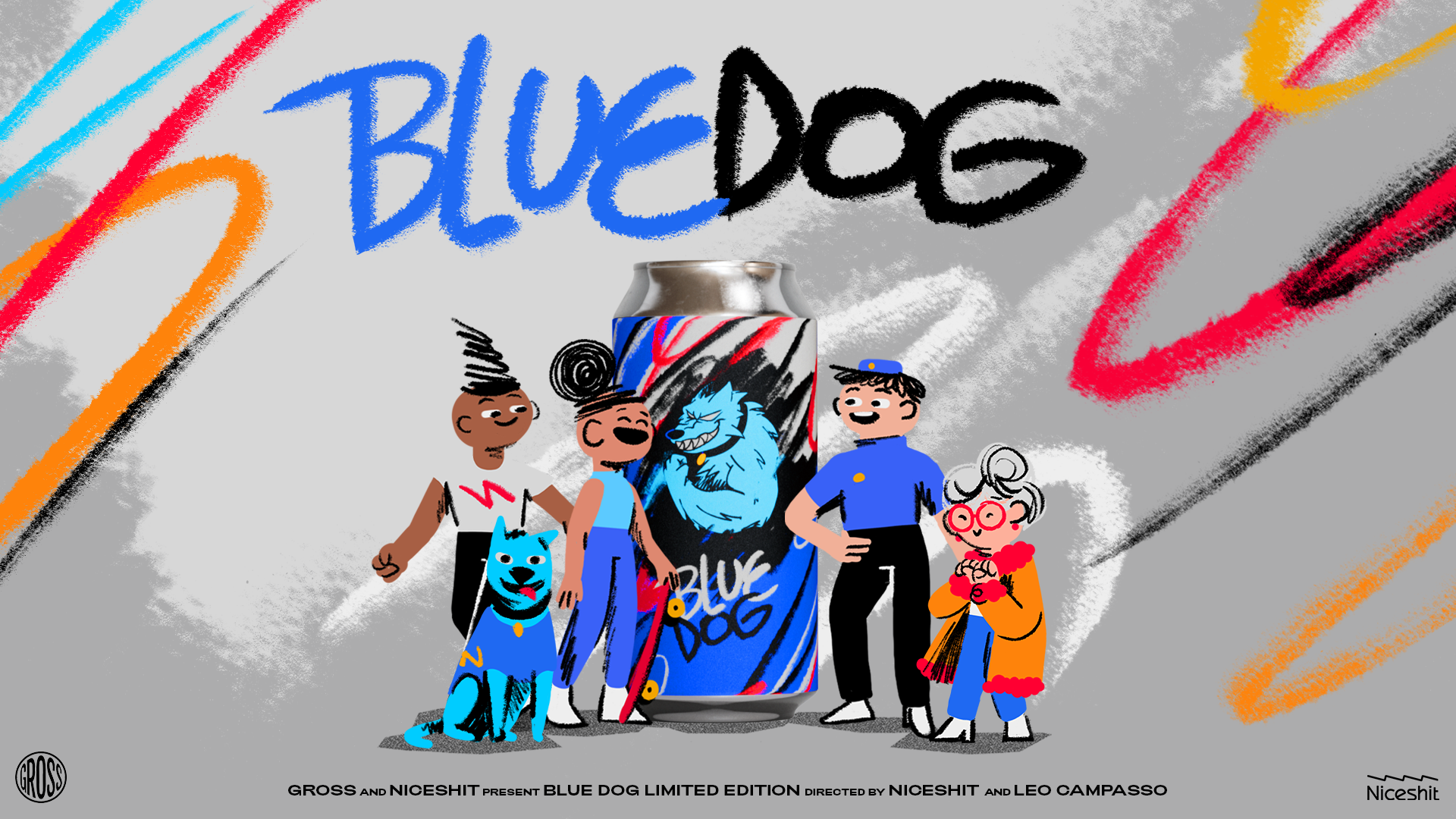